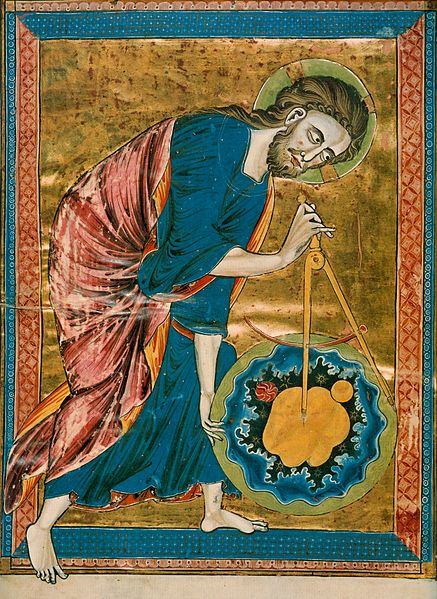 Many of the varying Gnostic sects were view as ‘World-haters’, trapped in mortal and material existence by a cruel and callous Demiurgic figure, erroneously assumed in this modern day to have been solely the Judeo-Christian ‘personage’ of ‘God the Father’. Judeo-Christianity too has in many of its forms nurtured an outlook toward domination of the World, as if Providence Herself provided playthings for Man to enslave for mere gratification and proof of ‘superiority’, this conclusion has been reached through misguided interpretation of:

“18 And the Lord God said, It is not good that the man should be alone; I will make him an help meet for him.

19 And out of the ground the Lord God formed every beast of the field, and every fowl of the air; and brought them unto Adam to see what he would call them: and whatsoever Adam called every living creature, that was the name thereof.

20 And Adam gave names to all cattle, and to the fowl of the air, and to every beast of the field; but for Adam there was not found an help meet for him.”

A number of esoteric traditions view this ‘help’ provided as differing means to know the Totality and this mortal existence as a place of schooling for the individual soul and ascension of spirit towards desired union with Godhead.

We are irrevocably bound to the World, not to be seen as a shackled bondage but as bond of necessity. The Old Ones, given many names and guises through Time and culture, had ‘fallen’ to the Worldly sphere in order to provide differing avenues and filters to attain Gnosis.

This existence isn’t one of dread and dire entrapment but one which has all in balance, it is through the acceptation and perception of mortal Man to how they react to stimuli at any given moment, will one day be lived through the lens of severity or the lens of mercy? The beauty of Nature is balance of all forces. The beauty of the World mirrors the sublime purity of Godhead for all to experience and ‘know’. This love and beauty lends a direct bridge to Gnosis. With this view, material existence becomes the most awe-inspiring eternal theophany, not a landscape to be militantly conquered and nor a squeaky-clean Disney-esque fantasy for its mere form to be worshipped. Divine grace offers a myriad of sensible and non-sensible forms of expression in order to match the myriad of souls in reception of them and aid them in their yearning for God on an individual basis.

As stated above, throughout Nature or the sensible World, She provides a wide range of knowing completely; instead of writing off as superstition that which has been retained in song or rhyme such as “One for sorrow” rhyme:

Three for a wedding,

And four for death.”

Briefly consider the development of such a rhyme through the practice of Augury; to know the thought or will of the gods through the flight of birds. This is just one creature, one method of understanding, one step closer in embracing All That Is. Consider now all that has been offered to us to know and to explore, all that has been relegated to superstition through loss of context and understanding, the multiple ways in which we can see Divine within and without us.

Remember that in darkness the Holy Breath swept over the face of the waters (Gen. 1; 2) and Light was then given, it wasn’t just dead form to be manipulated and abused as it had received the first inspiration, it was inspirited by Herself. Woden hung from a wind-swept tree before the mysteries were open to him; he also learnt that which was hidden from him via the enchanting and beautiful Lady of the Vanir, Freya, the most beloved of the gods. The ‘Sons of God’ too taught Humanity the different arts and crafts, of civilisation and of survival, as the Watchers, know that their voices remain for those who will lose themselves and listen, as the Old Ones, know that they never left..

Fall not to a false sense of pride and superiority, how can a work of art stand proud when it lies shattered in a thousand pieces on the floor? The artist silently laments as a repairer is dutifully working on reconstruction.

Listen indeed to the whispers on the wind; do not look past auspicious signs offered in plain sight. She is trying to open your eyes, open your hearts; in reverence for offered Beauty may you cross the bridge to Gnosis and may that in turn be your key back Home. 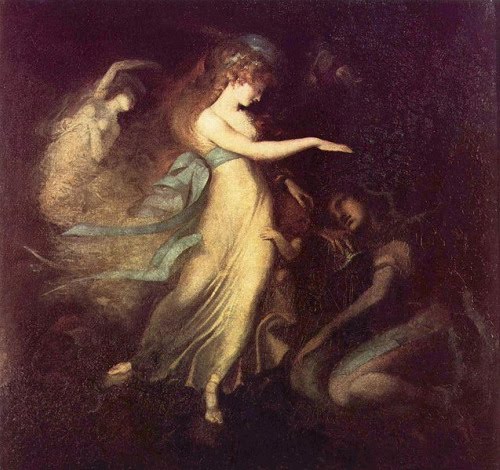